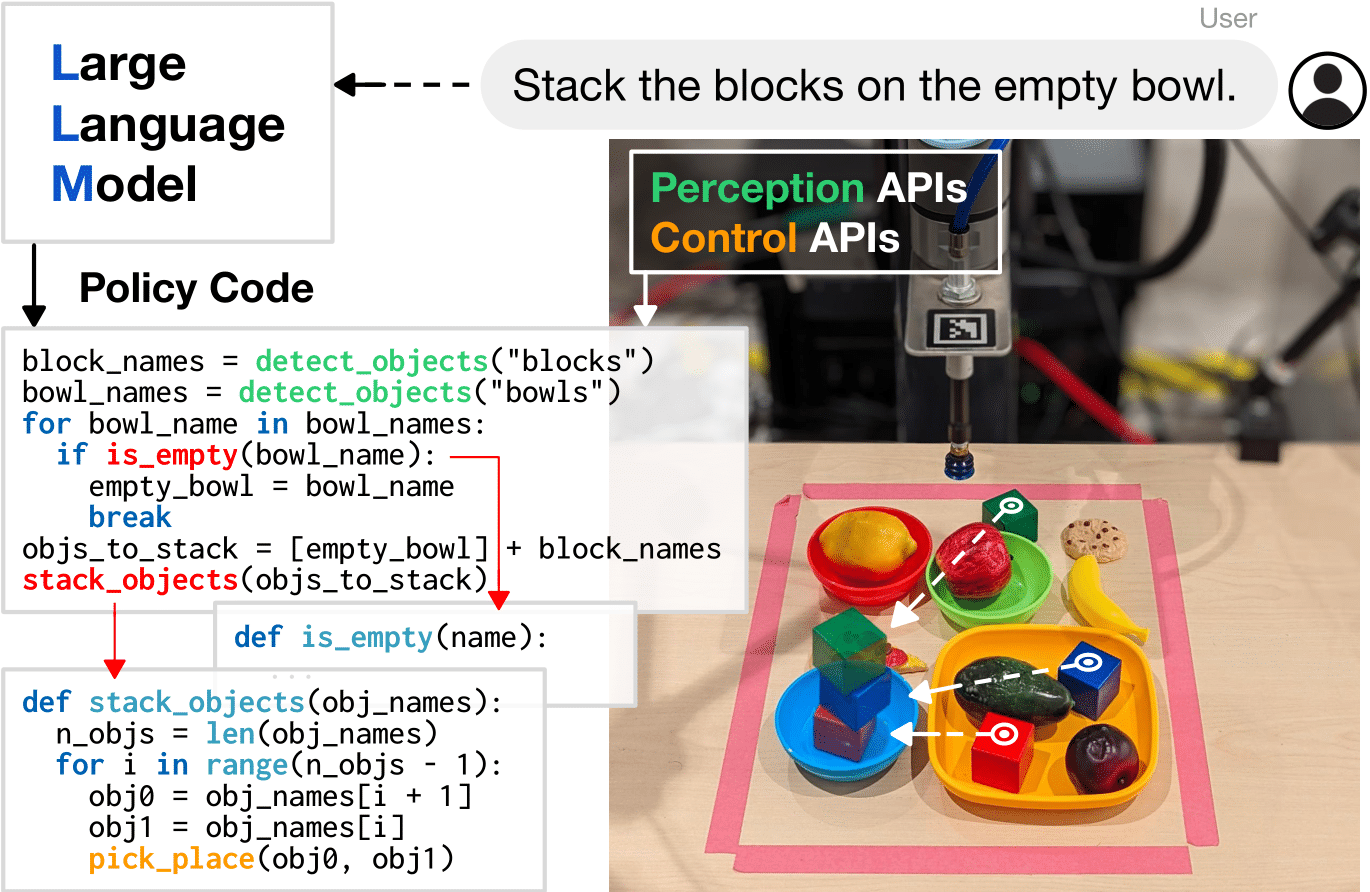 Videos have sound that showcase voice and speech-based robot interface.

We also give links to prompts used in each domain. Different prompts specialize the LLM to perform different functions, and they're composed together by the generated code via function calls that use natural language arguments.

Special thanks to Vikas Sindhwani, Vincent Vanhoucke for helpful feedback on writing, Chad Boodoo for operations and hardware support.